Over to you, Sade!

Thanks Lola for letting me be your guest blogger and talk about my project Sade’s World Short Story Podcasts. Before I get into that, a little bit about me for those who have never heard my name. I’m a writer and a filmmaker, if I had to, I’d define myself as a storyteller. People always ask you, what made you want to become a writer? The first time I heard that question I was stumped because it wasn’t something I’d thought about becoming. Like most Nigerian children I had one of four choices, Doctor, Lawyer, Accountant or Engineer. Unfortunately for me, the only subjects I passed when I finished school were English and English Literature. I would call myself an accidental writer, it started with me writing letters to my father whenever we got into it and grew from there. I’m one of those people who finds the words to say days after an argument has ended, which is why writing suits me. Writing is about rewriting. So far I’ve managed to write for BBC Radio 4 and BBC World Service, I’ve also written pieces for theatre. My debut novel, Imagine This won the 2008 Commonwealth Writers’ Prize and it’s the same book, which I’ve adapted into a screenplay and is currently in development. 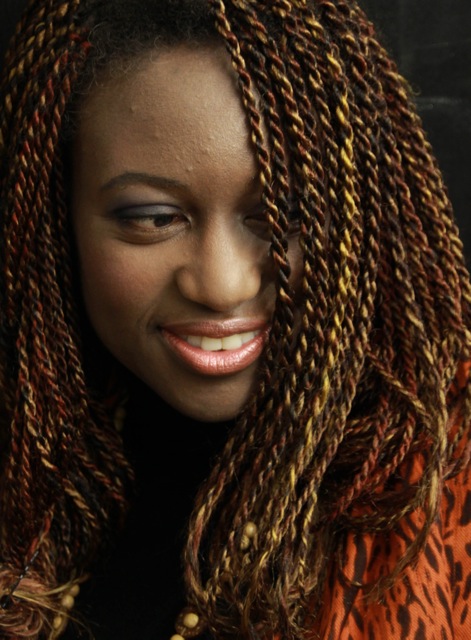 Like my debut novel, which was self-published, Sade’s World Short Story Podcasts also had an unorthodox beginning. As well as looking for finance for my film scripts, I’m also in the throes of putting together a collection of my short stories. Because it’s been a while since I put anything out there, I thought I’d try and build up an audience and test the waters by making a selection of the stories into podcasts. My favourite podcasts that I subscribe to are, The New Yorker and Selected Shorts (PRI). I wanted to do something similar to Selected Shorts, which uses well-known actors of stage and screen. So I went looking for some great Actresses and found them in Dona Croll and Joy Elias-Riwan and they did a brilliant job. I made four podcasts and it would have ended there if I hadn’t attended a British Council event exploring contemporary writing and the creative future of Nigeria. It was here that a young lady wanted to know how she could get hold of stories written by African writers. A refrain I hear too often at events.

Living in the UK we know we have issues about diversity in the media. I’m one of the many people who complain bitterly about why I don’t see a reflection of my reality on the page, in film, on television, in magazines and so forth. What Irealised is that, I can’t wait for someone to change things for me, I’ve got to be that change I want to see in the world. So my short story podcasts which started out as a marketing tool for my upcoming collection grew wings and became a project which is about celebrating and showcasing African Writers and stories.

Since the beginning of time, when we existed in caves, stories have defined us. It is stories that give meaning and context to our lives. Author Junot Diaz wrote, “if you want to make a human being a monster, deny them at the cultural level, any reflection of themselves.” We don’t see ourselves reflected in the stories we read or in the films we watch, but we exist. So this is my way of redressing the balance, my ultimate goal is to create a weekly podcast showcasing short stories by African writers, this of course depends on how much money we’re able to raise from our crowd funding campaign.

There are lots of online outlets for short story writers, however the way we read stories is changing. No one I know has time to read because they’re so busy getting a life. With a podcast, you can listen on your way to work, while you’re making dinner for the kids, in the gym or wherever. It’ll be tales by moonlight without the moon, the log fire and the raffia mat. It also makes sense to make them as podcast instead of an online magazine, because most Africans have access to the Internet through their mobile phone providers, which means they’ll be able to download and listen for free.

Sade’s World Short Story Podcasts is vital to me as a Writer because telling our stories is important, it is a gift for future generations. We tell stories, not only to evolve and grow as people, but also to make a difference in the world and broaden the perspectives of all human beings.

If you’d like to support Sade’s campaign.  Head over to her page and make a donation. Alternatively you can help her spread the word by liking and sharing the FaceBook page.

Things Can Only Get Better...

RT @1996Biggs: Your moves will be misunderstood by those not meant to join you on your journey.
Reply Retweet Favorite

@callytaylor Same! Only to forget I'm not actually that age yet!
Reply Retweet Favorite