Dreams can come true. You know, like a REAL British summer identical to the one we now have. As well as that THING you have always wanted to do. Whether it’s start a business, write a book or become a master baker!  Dreams have a way of resurfacing again and again, no matter how much we (or others) try to dampen them down or push them into a place we can’t access. As for me, I can’t live without mine and one of them was to get a book published. So here I  am enjoying my tenth year as a PUBLISHED author. Yes, I wrote that in caps because being published ten years ago, doesn’t mean it was only ten years ago that my journey as a writer began. I was striving long before that time; writing for free, filing those rejection letters (and then emails) praying, waiting, and believing that one day, my time would come.

(and here’s a video of me watching my first book being printed – and screaming about it!)

And I will never forget the day I received the call from my agent that SOMEONE WANTED TO PUBLISH MY LITTLE BOOK! I thanked God and then proceeded to go into semi shock… and then I may have shed a tear.

The book I had written in my PJ’s whilst watching a very special and inspirational episode of the Oprah Winfrey show was going to be shared with the world.

I had never set out to write a tearjerker. Simply the  story of a young girl (Lois) who loses her father and tries to connect with him through letters he has written to her. But  it was a story I HAD to tell. 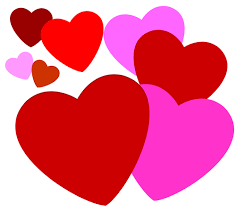 Ironically, it wasn’t Lois’s story that was itching to be told- it was her father, Kevin  who begged me day and night to tell his story. This character I had never met, who didn’t actually exist, yet was to become a huge part of my life via my book; By The Time You Read this.  Kevin was a young man, taken down before his time. A man with hopes and dreams – the biggest one being, to see his little girl grow up.

Although Kevin is a fictional character, I know there are many human beings around the world who have been in  a similar position- gone before their time without having  the chance to write to their love ones; to tell them they are loved; to teach them their version of the meaning of life and love.

I have met, loved and lost such beautiful people and you may have too.

So before, my tears wet this laptop, I’d like you to help me raise an invisible toast to Kevin and Lois- beloved characters of my first published novel By The Time You Read This published exactly ten years ago. And here’s MY letter to these amazing characters:

Dear Kevin & Lois; Thank you for sharing your story with me.  So many have read your story and I even got an email TODAY from the Philippines where you were mentioned. Your story has also appeared in the German, Korean and Serbian languages and according to the wonderful Harper Collins US team, your American cover was inspired by Barack and Sasha Obama.  Even ten years later, your story is still available in paperback and is currently 99p on Kindle! I will never forget you, Lois and Kevin for getting that publishing ball roiling.

My latest book, Orphan Sisters (2017) is available to buy now.

Wartime Sweethearts is out.... in TWO WEEKS!

Orphan Sisters is out NOW!